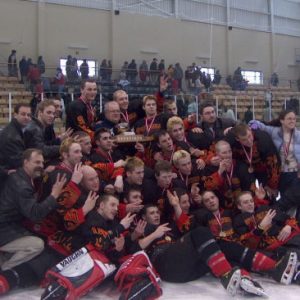 The Sackville Blazers hockey organization has long been the hallmark of amateur sports organizations in the community.

Formed in 1982 to offset the loss of the Bedford Rangers as a medium for local players to hone their skills at a higher level of competition, the relocation of the team to Sackville more than achieved that purpose.

But it wasn’t until the 2002-2003 the Junior B Blazers reach their pinnacle – the first league championship and the beginning of a three successive Nova Scotia and the Don Johnson Cup, emblematic of Atlantic regional championships.