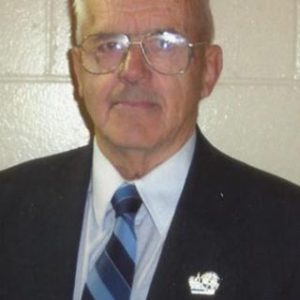 When it came to actually putting structure into the Sackville-Lucasville-Beaver Bank community, Robert Eldon Bayard had a knack for getting the most out of Sackville residents.

Bayard, the first president of Lake District Recreation Association and the architect of many of the long-standing sports facilities that dot the region, played a huge role in the development of Sackville recreation projects.

A constructor by trade, his machines were very often seen at sites where volunteers could be seen creating sports fields, baseball fields and often larger projects. Sometimes the machinery arrived “on loan” or at a cost fraction of what it would normally be.

Even as president of LDRA, Bayard would prefer thrusting others into the spotlight than take credit for much of the heavy work that may not have otherwise been affordable to the association.

Even before LDRA was formed, Bayard is credited with initiating many of the recreation projects that spouted throughout the community, whether it was leveling fields for minor league hockey and baseball teams like the Riverview Community Centre ball fields or more major undertakings such as Metropolitan Field which today hosts most of the major track and field programs in the province.

It was under his conscientious direction that LDRA undertook the construction of the Leisure Centre and the Sackville Community Arena and the subsequent building of the Sackville Sports Centre.