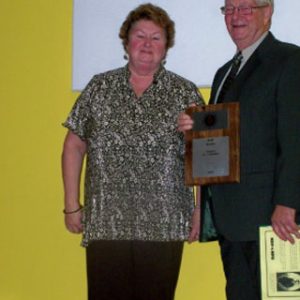 As long as there’s been a Special Olympics group in the Sackville area, Ray Ivany has been an integral part of the organization.

Ray has devoted some 30 years to Special Olympic events, as an administrator, a coach, a fund raiser, a supporter.

When the Central Area Special Olympics organization that encompassed Halifax, Dartmouth, Bedford and Sackville decided to restructure, the Sackville-Bedford Special Olympics chapter was created with Ray as its founding co-ordinator.

“Without Ray taking the lead role, we would not have a Special Olympics group in our region,” says Donalda MacNeil, a colleague during negotiations with the Central Area during it restructuring in the late 1990s and early 2000. “He coached our athletes in every sport imaginable and continues to be a major influence in Special Olympics.”

Since Special Olympic bylaws limit holding certain executive positions to two years, his leadership in the community based group took on different roles throughout the years, primarily as a member at large.

“After we reorganized the Special Olympics in our region, we had about 50 athletes,’ says Ivany. ‘Now we have a core of about 125 and new faces are coming along all the time.”

Special Olympics seeks to attract people with special needs, both physical and mental.

Funding is hard to come by, especially when it comes to sending athletes to national and international contests. Ivany credits the Sackville Lions Club and Sackville Legion with keeping the local Special Olympics organization’s athletic programs.