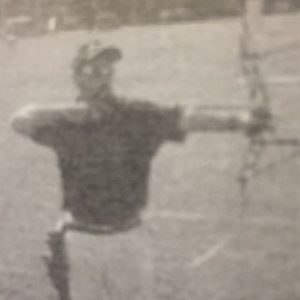 At the turn of the 15th century, Paul Sheppard might have enjoyed the celebrity of a Robin Hood.

From the time he took up archery at age 10, Paul always had visions of how high he could reach in a sport that consumed him for 20-25 years and earned him a horde of medals.

“Oh sure, that was always the general feeling when we were shooting at targets,” he says. “But at competitions reality would always set in. We were always hoping to go to the Olympics. I never reached that goal.”

But Paul enjoyed more than a modicum of success, including six gold medals – the last five in succession – at the prestige Canadian target FITA (Federation international target association) competitions between 1995 and 2001.

But the competition he says most inspired him was when, UNHERALDED, he entered the 1989 Canada Games in Saskatoon, Sask., and led the competition throughout the event until the final day and wound up losing by a single point.

“My mother was pretty sick at the time, which probably affected my training and preparation for the event. Nobody really expected me to be a factor at the Games.”