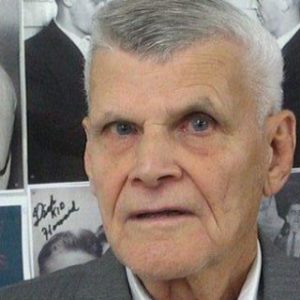 Jim Collins has been a part of the Halifax boxing scene for more than a half century.

You may not have seen his name on a marquee highlighting a fight card. Nor have you seen his name mentioned in the same breath as some of the great boxers who graced local rings.

The 80-year-old Lower Sackville resident, however, has been a keen observer of the fight game most of his life as a trainer, corner man and official, one of the sport’s most respected contributors at the provincial and national levels.

His long-time support of amateur boxing in the province earned Collins his 2008 induction into the Sackville Sports Hall of Fame.

In many amateur bouts over the last half century, Jim has either trained many of the boxers appearing on the cards or worked in the ring area as a judge, timekeeper or registrar. Many of the young fighters who have come to know and love Jim through the years have remained staunch supporters of the became because he cared.

Recently, owners of a Lower Sackville amateur boxing club renamed it the Jim’s Gym (Jim Collins Amateur Boxing Club) in recognition of his contributions to the sport over more than five decades.

A life member of Boxing Canada, Jim has participated in several pre-Olympic Trials and in his younger days trained with Richard (Kid) Howard, a Canadian and Commonwealth professional boxing champion in the 1950s and ’60s.

He reached Level II judging standards but due to ill health in recent years has been unable to progress further in that area.

His health aside, Jim continues to play an active role at boxing cards throughout the Maritime by assisting at training camps staged by Boxing Nova Scotia as well as at fight competitions staged outside the province.