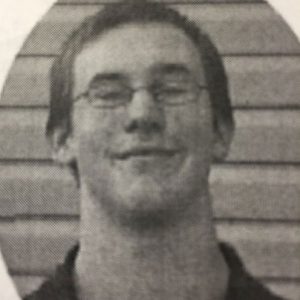 James Blood may be hard-pressed to explain his meteoric rise on the international figure skating stage, but the super kid of the 2005 Special Olympics in Nagano, Japan, is among us tonight as Sackville’s most recent, perhaps the first-ever, double Olympic gold medalist.

The Lower Sackville teenager achieved his two Olympic podiums after just two years of competitive skating, an “unbelievable” feat in itself but accomplished with great personal strength.

If ever a sporting event was captured by mind over matter, James was a virtuoso of the ice in Nagano. The favoured Russian skater had just left the ice to a standing ovation when James put on the solo performance of a lifetime to snatch the gold.

He faced even more mental adversity in the pairs event where his more experienced partner, Julie Lynne Stanhope, who had skated successfully at several international competitions, was coming back from a broken ankle. Again, James took matters into his own hands and with true grit the two skated away with the gold medal.

“When he skated in the solo competition, he was pretty confident in a humble way,” said his coach, Mary Ann Crowley. “When they skated out for their pairs competition, he had to be scared. If he was, he didn’t let it show to the judges.”

James, 6-1, loved hockey. But because of visual problems had to give up playing competitively. That’s when he approached Crowley three years ago and surprised even his staunchest supporters by winning gold at the Canada Winter Games Special Olympic program the year before his stunning Olympic performance.

And now, at the age of 16, James Blood is the youngest yet to be inducted into the Sackville Sports Heritage Foundation’s Hall of Fame.