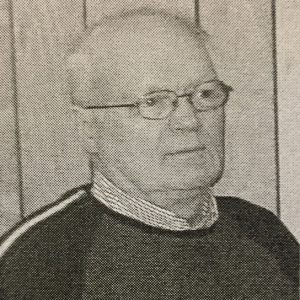 A chance encounter with a game of ringette during a 1972 business trip to Montreal sparked enough interest for Herman W. Wills to introduce the sport to Nova Scotians.

He saw the sport’s potential as an option for girls who wanted to play hockey. But it took a rear-guard action to move his dreams into the public domain and eventually lead to the sport establishing a national image.

Until that fateful trip, Wills believed the sport was pretty much limited to Quebec, Ontario and Manitoba. However, the response from the local community representatives to his presentations and subsequently his talent at involving area politicians and media began to pay dividends.

It was almost a year, with support from the likes of Glen Kerr (Bedford); Sharon Clancy (Bedford teacher), and Sackville’s Pauline Stanyck and Shirley McGovern, before the sport took flight.

Wills founded and was the first President of Ringette Nova Scotia, establishing an agenda formed principally from constitutions and by-laws in Ontario along with film provided by the Ontario group to illustrate Ringette to communities around the province.

He was nominated for Sport Nova Scotia’s Executive of the Year in 1973. Although he finished runner-up in voting for the, Wills says he used that event to help further the growing popularity of Ringette throughout the province.

Through Wills, the first Ringette Canada annual general meeting was staged in Halifax during what was appropriately called, The International Year of the Woman. Not bad for one so intent on making a female sport such an attractive option to girls’ hockey when he had no daughters of his own.