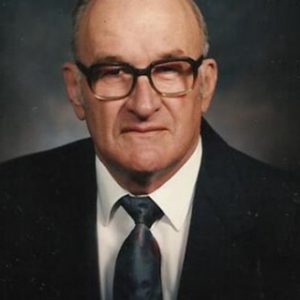 Glen Slauenwhite was a big, big man; not just his physical presence but also by the indelible mark he left on the Sackville community. What he lacked in athletic ability (he’d be the first to tell you that) he made up for in his dedication to ensuring both the youth and adult sports facilities in the area were first class.

Glen was an outstanding organizer and dedicated volunteer who had the unique ability to call on others with more expertise in many and assorted trades to help Sackville build athletic facilities envied by many larger surrounding communities.

Slauenwhite, who died in 2003, is a 2008 Sackville Sports Hall of Fame inductee in the Builders category.

As a county councillor, he used his position to leverage funds from higher powers to build ball fields. He was there, he said, only to support other great builders, such as Hall of Famer Les Mayo.

As president of the Sackville Chamber of Commerce, Glen encouraged local businessmen like Bill Chase, the Hefler and the Barrett families, to participate in the building of athletic facilities that would allow our youth to be able to achieve their best.

It was as president of the Lake District Recreation Association that Glen made his greatest contributions to the growth of Sackville. Under his tutorship, LDRA oversaw the construction of the original Sackville Arena and Metropolitan Field.

Under his stewardship, LDRA built the leisure centre that houses the Taiso gymnastic centre and bingo hall and then undertook the construction of the Sackville Sports Stadium and the subsequent multi-million-dollar addition that included a six-sheet curling club.

Glen’s name has been linked with numerous other Sackville projects that provide not only facilities for our youth to get a competitive edge but enable our residents to participate in less stressful recreational activities such as the First Lake walking trail.

In his nomination of Glen to the Sackville Sports Hall of Fame, Robert Cormier says, “His greatest pleasure was providing an environment for others to reach their goals.”