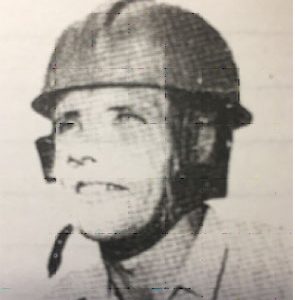 Stock car racing in Nova Scotia as we know it today can be traced back to a true pioneer of the sport in the 1950s, Frank McMahon.

McMahon dominated the quarter-mile dirt track in Sackville, then located on the old Walker property at the corner of Hwy. 102 and Beaver Bank Road.

He was known for good reason as Speed to the local fans in what was then the fastest growing sport across North America. His ability to circumnavigate a track rife with potential for serious injury is legendary. The only real “safety” features on the cars of that day were roll bars and seat belt. The driver’s only protection was a hard hat with a leather chin strap.

McMahon was known for his fast starts, probably because as an early scholar of the sport he learned the importance of getting off the mark quickest on a track that meted its own measure of justice on also-rans. If mud tracks were a driver’s bane, then trying to cope with dust flying up from the lead car had its own prescription for misery.

In 1953, the year the Sackville track opened, McMahon won both the Mid-Season Championship and led all drivers in the points race for the season.

His contributions to the race car industry over the years were further recognized in the 1990s when, during introduction of Legend Cars to the program at Scotia Speed World, organizers called on McMahon to drive the first official lap.

His exploits over the years have not been a hidden commodity as Fultz House Museum has long recognized his accomplishments with a display of Speed’s achievements.