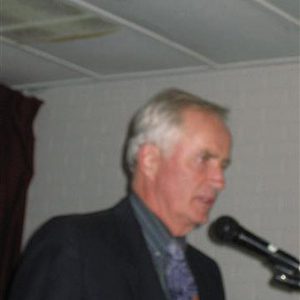 Whatever the Sackville Chebucto Athletics track organization has become since the club’s founding in 1976, Doug Mitchell has shared the ups and downs. Mitchell – athlete, coach, teacher and builder of track and field at the regional, provincial, national and international levels of the sport – is an institution in the community.

Doug has been spearheading Chebucto Athletics’ programs for 35 years, through good times and bad, and influenced many of his proteges with career decisions above and beyond their sporting endeavours.

Initially, Doug saw the organization serving Sackville teenagers during the summer months but soon came to realize there was growing interest in expanding the training sessions (at Sackville Downs race track and area soccer fields) to include all seasons for training and competitions.

Through his ingenuity and foresight, Chebucto Athletics became one of the first groups to fund-raise through Atlantic Lotto in 1978 and has operated a booth at Bedford Place Mall continuously since that time.

Recognized as one of the outstanding track and field administrators in the country, Doug has seen many of his charges distinguish themselves at provincial, national and international championships. Doug, himself, has been named to Canada’s track teams for the Commonwealth Games, World junior and Pan-Am junior competitions.

Doug has been to every Canada Summer Games since Halifax was host to the first in 1969. Chebucto Athletics organization enjoyed a banner 2001 when Doug, along with two staff members and 22 of 55 Nova Scotia track and field competitors, were named to the provincial squad.

Despite the organization’s successes, Doug Mitchell still espouses the virtues of track and field at the ground-roots level, visiting many of the elementary schools in the Sackville area and exposing youngsters to the benefits of track. His initiatives have also produced a facility – Metropolitan Field – that is one of the most successful in the country and annually hosts provincial and Atlantic regional championship.