The Sackville Sports Heritage Hall of Fame Society is pleased to officially announce the induction of Bill MacDonald on December 2nd into the Hall of Fame!

Bill then coached hockey for many years and worked on committees with LDRA to further develop other recreational activities needed for the district. Bill worked with Les Mayo, Bill LaRue and Harold Lane to develop Bantam baseball and start a league in Sackville. It started in 1970’s and Bill was involved with coaching as well. ill MacDonald was a volunteer and committed member of many associations of our community including: 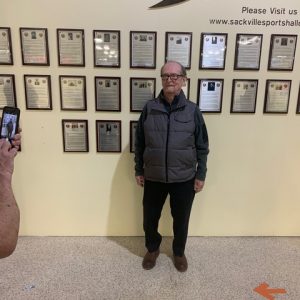 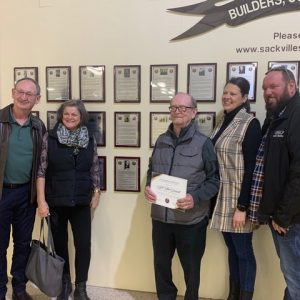